The middle class isn’t growing, businesses are looking for a competent labor force and our ‘Greece next door’, Puerto Rico, can’t pay it’s $72B debt — all in this week’s Inside the Economy. Larry also covers the excitement in China’s markets, growth potential in Europe and touches on good news for Italy and France. While Larry may say there isn’t much excitement in the economy this week, a lot of worthwhile questions are raised by the SH&J team during the discussion. Listening in will bring you up to speed on many U.S. and global economic issues.

You have been a financial planner at Sharkey, Howes & Javer for over a year. What do you enjoy most about working here?

This firm truly acts in the best interest of our clients. There is no such thing as “sales” in this office, which minimizes the stress level and frees up time to spend on problem solving instead.

END_OF_DOCUMENT_TOKEN_TO_BE_REPLACED 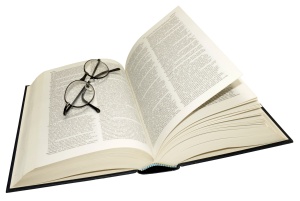 Getting your feet wet in the world of investing can be intimidating. The investment jargon used often sounds like a foreign language. It can be difficult to make decisions about your financial future when you’re trying to remember what some of the technical terms mean.

With that in mind, here is a short list of some commonly-used financial terms. We hope this gives you some background, and confidence, as you enter the world of financial planning.

An IRA is a tool to help you save for retirement by setting money aside from your current income. There are different types of IRAs: Traditional IRAs, Roth IRAs, SIMPLE IRAs and SEP IRAs. Ask your advisor which plan or plans will work best for you. Some IRAs allow you to make tax-deductible contributions if your income level qualifies. END_OF_DOCUMENT_TOKEN_TO_BE_REPLACED

Did you know, Greece’s fall is likely affecting China’s market? Larry delves into what Greece’s current state of affairs really means, reminds us their economy is about the size of Somalia’s and shares his thoughts on “dumping inflation on the citizens.” Stateside, Larry covers some interesting economic factors in the U.S. including the Federal Reserve’s balance sheet, wages, interest rates and the municipal bond market. A must listen for those who want to stay up to speed on the global and local economy.

Identity theft has been in the news often over the past few years. So often, in fact, it is easy to think of it as a problem that only happens to other people. The unfortunate reality is identity theft continues to hurt thousands of Americans every year, ruining credit scores, jeopardizing careers and creating nightmares for victims trying to put their lives back on track.(source) Identity thieves try to steal information in many ways. Hacking, phishing or stealing smartphones, laptops and mail are all ways a thief can access your personal data.

Everyone at Sharkey, Howes and Javer would like to wish you and yours a happy Fourth of July. Please enjoy your barbecues, ball games and hot dogs safely, and take a moment to remember the service and sacrifice many have made to protect the freedoms we enjoy all through the year.

In observance of the holiday, our office will be closed on Friday, July 3rd. We will reopen for normal business hours on Monday, July 6th. Thank you, and have a terrific holiday.

To commemorate the day, please join us in reading some fun facts about the history of the Fourth of July:

We hope you enjoyed these often-overlooked facts about our storied nation. Share your favorite Fourth of July trivia or a favorite story about the holiday in the comments below.

Wishing you and your family a safe and relaxing Fourth of July weekend!